WORD OF THE LORD

There are great weepers with enlarged, deepened, compassionate hearts that are coming forth in the midst to my people, Israel. Some will cry, and many just will not understand because they will not be weeping at acceptable times. 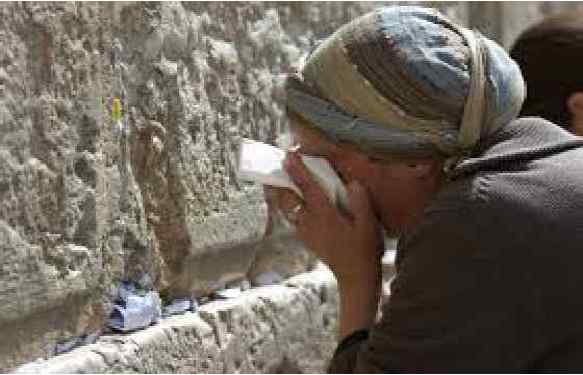 Many will be joyous and services will continue as the weepers stand and cry the silent tears of their Lord. Who will know them but I, Myself, says The Lord? They will come forth appearing so very broken in their sorrow that many will mistake them as going through something severe and tragic. Their tears will flow and I will send power to heal as never before because of their compassion on many. How long will they cry? They will cry and cry and cry. They will weep for the sin that is sickening the body. They will weep for the manifestation of the sons of God. They will weep as women in labor and they will move My heart to heal all woundedness. These are the new ones arising with healing in their tears and in their hands.

Prepare yourselves for as their tears fall cleansing and healing will come. Prepare yourselves for I will come and I will dry their tears. Prepare yourselves for My quieted weepers. In a dream I was at a really nice modern glass building speaking to some ladies and they were talking about a very attractive dentist in the building. I told them that I had just seen that dentist and he could fix my teeth anytime. One lady jokingly said, that she was considering not brushing her teeth again so she could get cavities and would have to spend time in his chair.  There was a gaiety that only close girlfriends could share. One of the ladies said, I think your red gas can is on fire. I ran a distance and went up the hill where it was burning and I saw an older man who I loved much and he was right there where the gas can fire had ignited.

There was a pile of garbage with medical waste, bloody wrappings, gauze, needles, beer cans, old newspapers, magazines, and just filth with a sickening stench in the place on which his head rested. The smoke was everywhere and burning my nostrils. I reached for him in tears as he spoke and asked me, where are those children's books you wrote? I answered, in a box somewhere in storage. Then, he told me that I needed to finish them and get published. I  told him not to worry that I would finish them and get everything together. He then said, and you must share the other books too, and that they were real important to God. I tried to soothe him and tell him I was all right and I was just getting back where I could write and share. His chest seemed to tighten and he breathed out his spirit like in a final breath, with a sigh. My crying continued and as I raised my head I looked out into the expanse and saw what looked liked bombed and burning buildings with smoke and small fires everywhere. I knew that at every small fire there were was some one almost dead and burning. I saw so many small gas can fires, much darkness, and smelled so much putrid sulfuric smoke that nausea shook me. My husband woke me because I was crying and moaning in my sleep. My tears have not stopped for hours.


I knew the life of this older man, he had died in the natural physical sense two years ago but, here I was kneeling beside him hearing his admonition to write as he was speaking his last words. I had heard him pray many times. He had prayed for me. He had done much for others. He gave to the poor. He attended church, prayed in tongues, prayed for others, and spoke often of The Lord. He had a gentle spirit and a raging spirit at times. He could be stubborn about the things he wanted, but he was usually kind. By all accounts he was what Christians call "saved", but I saw him there as if he had been unable to find rest. In all accounting to the witness of the Holy Spirit this man had been in hell, in the outskirts of hell, and had spent the least two years there. I know that Peter wrote of preaching in hell. I know that people can be pulled out from hell. I know that there was just no joy when this man was buried after his long illness. Later I heard from the few who had attended his funeralthat they also had this same sense of forboding. By all natural
sight and listening this man was saved by the standards in christianity. He had witness.


The words of the weepers came about eleven o'clock last night. The vision/dream came early morning. Now I am overtaken with this weeping and the sense of loss before God. My heart has forever changed. Can there be salvation without laying ones life down to it's death? Can there be a broad walk on the pathway to heaven where the will of  The Lord is just doing what seems right? How close can we walk without hearing The Lord's voice and seeking His will daily? These are life questions for each one of us and I realize that we truly must work out our own salvation with fear and trembling. I am simply left, as a tremble with a deepened fear of Almighty God,
and left as a weeper until...

Meat brings strength. Strength is found only in the very expressed will of God. Tears are meat and strengthening to the psalmist who cries for the people of God. Find the will of God, that's where Jesus walked. Jesus went apart from His disciples again and again and would spend time with His Father. He sought fellowship and His Father's will to do it. Jesus simply came to do His Father's will. He walked to Sameria to speak to a woman at the well. He attended a wedding feast. He only went out as His Father directed. He came to do specific ordained works found in the expressed will of His Father. Gethsemane was the will and the Cross of Calvary was the will of His Father. He laid down His life to do the will of another. How often do we deny ourselves in doing what we want? The will of God almost always walks you against your own desires in serving self. It cuts against the self and removes us from doing our own things. We must seek His will daily to know it and do it. Get strong knowing that you will surely cry and you will have strength in your tears to change you through the walk you are called to walk doing the will of God from the heart. There is no birthing without tears. There is no work in the harvest that can be sustained without the strength of protein within the workers. Basicly, cry out, listen and do his will.  Whatsoever He says unto you, do it. Service to man without The LORD'S direction brings acts of futility. Blessings and rewards are heaped upon those who seek His will to do it in this life and in life everlasting.

In Christ, warnings are true. There is a path that seems right and the end thereof is destruction.
Lord have mercy on me and on all who cry for the people of God, in the power name, JESUS. 7-7-2006

1) As the hart panteth after the water brooks, so panteth my soul after thee, O God.
2) My soul thirsteth for God, for the living God: when shall I come and appear before God?
3) My tears have been my meat day and night, whil say ye they continually unto me, Where is thy God?
For the psalmist  tears were appointed as his meat as he poured out his heart before God. Meat as a protein does make us stronger. Meat also was spoken of by Jesus.


John 4
31) In the mean while his disciples prayed him, saying, Master, eat.
32) But he said unto them, I have meat to eat that ye know not of.
33) Therefore said the disciples one to another, Hath any man brought him aught to eat?
34) Jesus saith unto them, my meat is to do the will of him that sent me, and to finish his work.

35)Say not ye, There are yet four months and then cometh harvest? behold, I say unto you, Lift up your eyes, and look on the fields; for they are white already to harvest.

Psalm 40
8) I delight to do thy will, O my God: yea, thy law is within my heart.
11) Withhold not thou thy tender mercies from me, O Lord: let thy
lovingkindness and thy truth continually preserve me.

1) My heart is inditing a good matter: I speak of the things which I have made touching the king: my tongue is the pen of a ready writer. I set my will and resolve to finish those things entrusted to me in Jesus name.
Divine Lordship is not a threat; rather it’s the place of greatest safety.

From the book The Harvest Is Ready Content Page